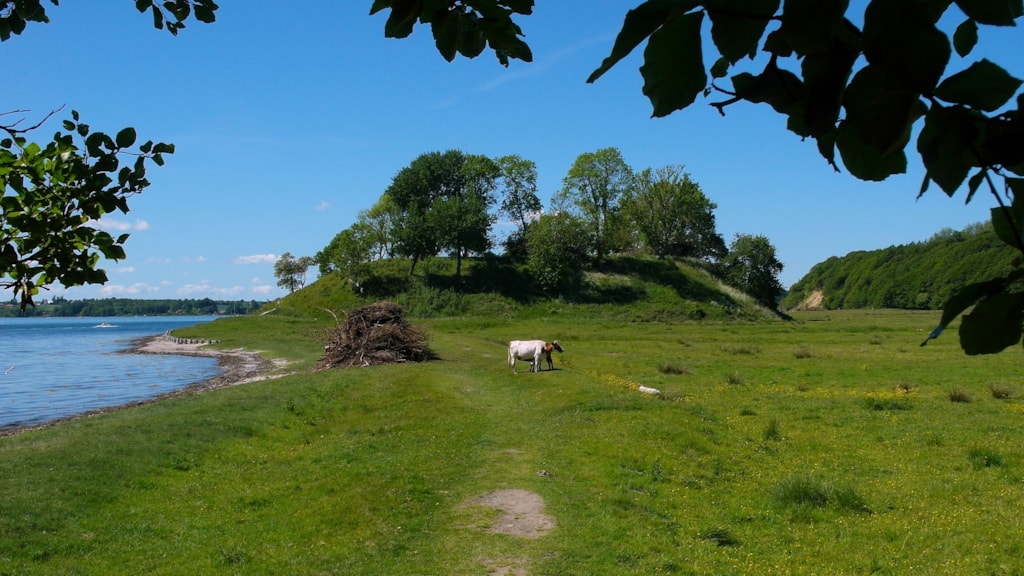 The Old Castle by the large mound in the meadow west of the present Hindsgavl Castle is the remains of the original Hindsgavl Castle, which was built as a royal castle, most probably by King Erik Klipping in about 1260. It was not until 1295 that the castle was mentioned in connection with the Norwegian king, Erik Præstehader (Priest-hater), and the Danish king, Erik Menved, making peace here.

The castle was used in times of war and peace to keep watch on passing ships and to defend against attacks from Jutland.
In the Middle Ages, it consisted of a castle courtyard with a drawbridge and gate, and a small farm building by the beach. In the 1600s, some new wings were added by King Christian IV, but in 1657-1660, during the Swedish War, the castle was ravaged by the Swedes, and in 1692 part of the tower and the ladies room fell into the sea during a storm.

Afterwards the castle was sold to a private person, and in 1784 the new Hindsgavl Castle was established.

You can find Hindsgavl castle ruins this way: walk through the park until you get to the gate. From here you walk across the meadow.