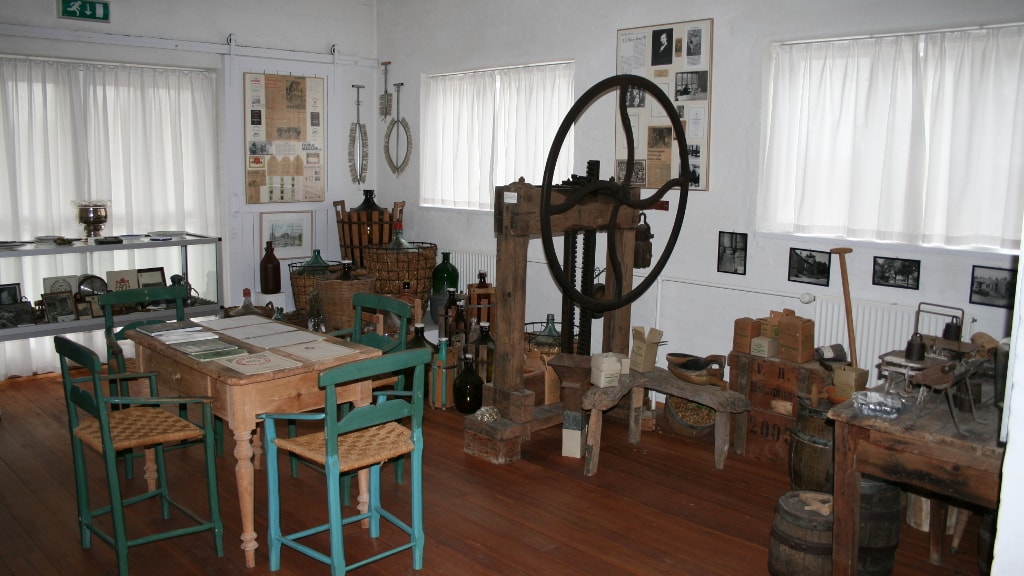 The hop trade over 100 years

The museum tells the story of Humlemagasinet, founded in 1899 under the name of Vestfyens Humle-Magasin in the old school barn in Harndrup. In 1903, a storage space was built on the present area and a farmhouse and stable were built in 1907.

For almost 100 years, the primary activity was the purchase of hops from local farmers, as hops were an important source of income for the many small farms on West Funen. The hops were then resold to breweries. Hops were also bought abroad.  Vestfyn's Humle-Magasin also sold glass carboys, bungs and so on. These goods were sold to farmers who normally produced beer for their own consumption. During and just after the two world wars, it was not possible to obtain tobacco from abroad, so during this period the farmers grew tobacco that was bought and resold to Danish tobacco companies. Invoices displayed in an exhibition case show the large sums of money created by the tobacco trade.