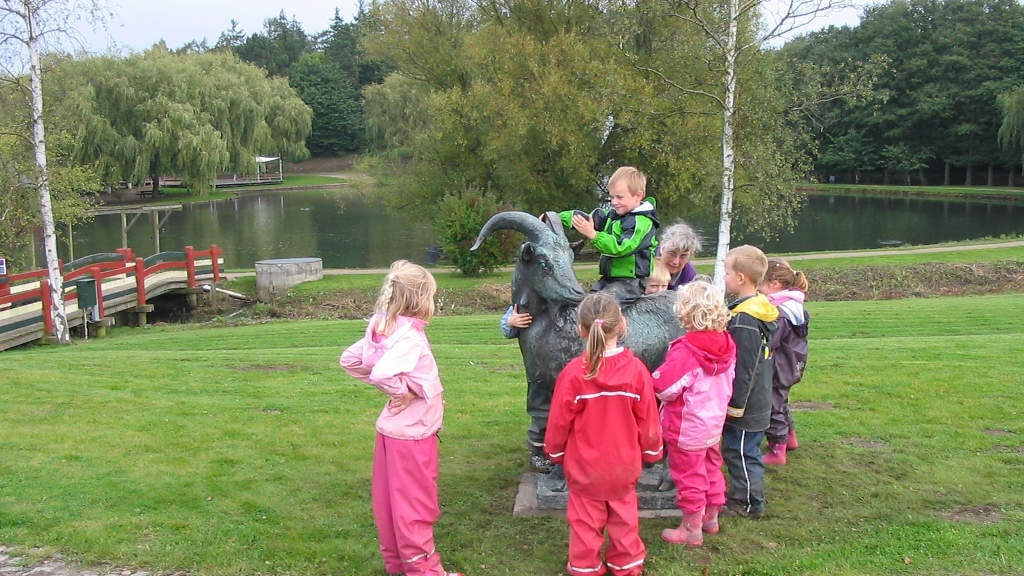 Mads the Goat is a bronze sculpture created by Gudrun Lauesen. It is from 1964 and was a gift from the banks of Fredericia. Mads the Goat has lead a turbulent life where he has been moved around between different locations in the city. He started out by the old Main Guard, then he was moved to Vesterbrogade and then Frederik III' Square. When the bust of Frederik III was later moved from City Hall and back to Frederik III's Square, Mads the Goat had to move back to Vesterbrogade. Finally in 2007 he was moved to his current location in front of the lake at the Madsby Park.