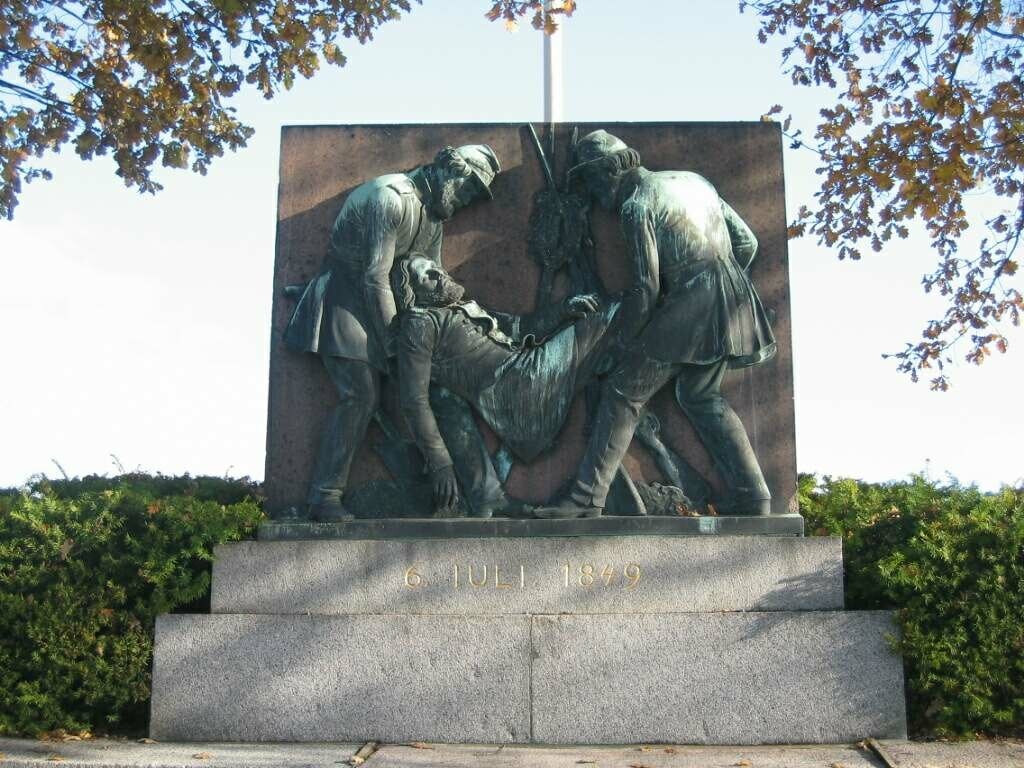 The Soldier's Grave is a monument for fallen soldiers in 1849. The monument is placed in Kongensgade by the Trinitatis Churchyard. The Soldier's Grave holds the names of 458 men who died and were buried here during the battles of 1849. The largest number of fallen to be buried at the same time was 377 soldier's who were killed in the battle of July 6th, 1849. They were buried in the Soldier's Grave on July 8th, 1849.
The memorial took place in Sct. Michaelis Church, which is the garrison church in Fredericia. The fallen officers were then taken to the Soldier's Grave and buried alongside the privates. Every year since then on the 6th of July the citizens of Fredericia march the route of the fallen officers from Sct. Michaelis to Trinitatis Church.

The architect behind the momument was M. G. Bindesbøll. The bronze relief showing two soldier's carrying a fallen to the the grave, was made by H. W. Bissen (who also made the Brave Soldier Statue in Fredericia).

The Trinitatis Churchyard is Denmark's largest burial ground for soldier's who died in service. This is because the churchyard is also the final resting place of 500 soldiers who were killed here on October 24th, 1657.